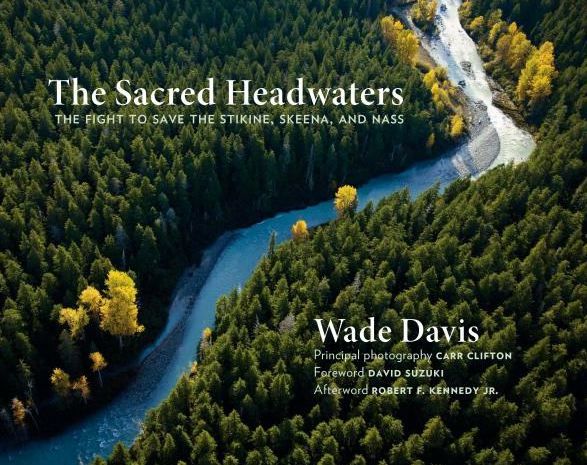 A visual feast and plea to save an extraordinary region in North America for future generations.

In a rugged knot of mountains in northern British Columbia lies a spectacular valley known to the First Nations as the Sacred Headwaters. There, three of Canada’s most important salmon rivers—the Stikine, the Skeena, and the Nass—are born in close proximity. Now, against the wishes of all First Nations, the British Columbia government has opened the Sacred Headwaters to industrial development. Imperial Metals proposes an open-pit copper and gold mine, called the Red Chris mine, and Royal Dutch Shell wants to extract coal bed methane gas across a tenure of close to a million acres.

In The Sacred Headwaters, a collection of photographs by Carr Clifton and members of the International League of Conservation Photographers—including Claudio Contreras, Paul Colangelo, and Wade Davis—portray the splendour of the region. These photographs are supplemented by images from other professionals who have worked here, including Sarah Leen of the National Geographic.

The compelling text by Wade Davis, which describes the region’s beauty, the threats to it, and the response of native groups and other inhabitants, is complemented by the voices of the Tahltan elders. The inescapable message is that no amount of methane gas can compensate for the sacrifice of a place that could be the Sacred Headwaters of all Canadians and indeed of all peoples of the world.