"After all our agonies, Wade Davis, through the evocative power of his writing, and the clarity of his understanding, gives us all reason to once again love Colombia. That is the wonder of his book, which in many ways reads as a love letter to a nation." — Héctor Abad, author of Oblivion

"As Colombia comes out of 50 years of civil war and into a still precarious peace, with some 220,000 dead, this timely book explores one of the few dividends to emerge from such a terrible conflict... Wade Davis is well placed to write what he describes as a love letter to Colombia... This book is the culmination of a lifetime's work in the country and is suffused with a love and knowledge that only such long acquaintance can bring." —The Spectator (UK)

“Davis is a powerful, penetrating and immensely knowledgeable writer… Magdalena is a geography book about a river that is also a political history of Colombia, an admonition of ecological disaster, an impassioned defence of indigenous wisdom, and a memoir of the author’s various travels and friendships over the years… Evanescent… Magdalena is steeped in a physical sense of Colombia: the landscapes, the disreputable backstreets, the irrepressibly resilient people.” —Charles Nichols, The Guardian, UK

“This shimmering portrait of the Río Magdalena, evoking its moods and depths, ultimately reveals the complicated nation those waters sustain and reflect. Never wincing from dark histories, yet never abandoning hope, Wade Davis shows us why Colombia stole his heart as a young traveler and holds it still.” —Kate Harris, author of Lands of Lost Borders

“In Magdalena: River of Dreams, Mr. Davis returns to Colombia, this time to produce a travelogue of its most important waterway… As a primer on a complicated country by an interested outsider, it greatly succeeds. Most of the stops on Mr. Davis’s journey are accessible to a tourist, and thoughtful adventurers will want to replicate it… Compelling.” —Jennie Erin Smith, Wall Street Journal

“Magdalena is a revelatory and often enchanting book.” —The Economist

“[A] deeply inquisitive, dazzlingly fluent scientific, cultural, and spiritual investigation… This far-reaching, centuries-encompassing river biography is shaped by Davis’ love for Colombia… Always with a discerning eye to the symbolic and metaphorical, Davis tells the river’s saga of fecundity and horror through the lives of remarkable individuals past and present… Throughout Davis emphasizes Colombia’s many Indigenous peoples and their abiding belief that protecting the river is a sacred duty. The story of Magdalena… is that of an epic struggle between the sacred and the profane, between worship and preservation and reckless exploitation and wanton abuse.” —Donna Seaman, Booklist

BUY NOW: Click the image to purchase your copy 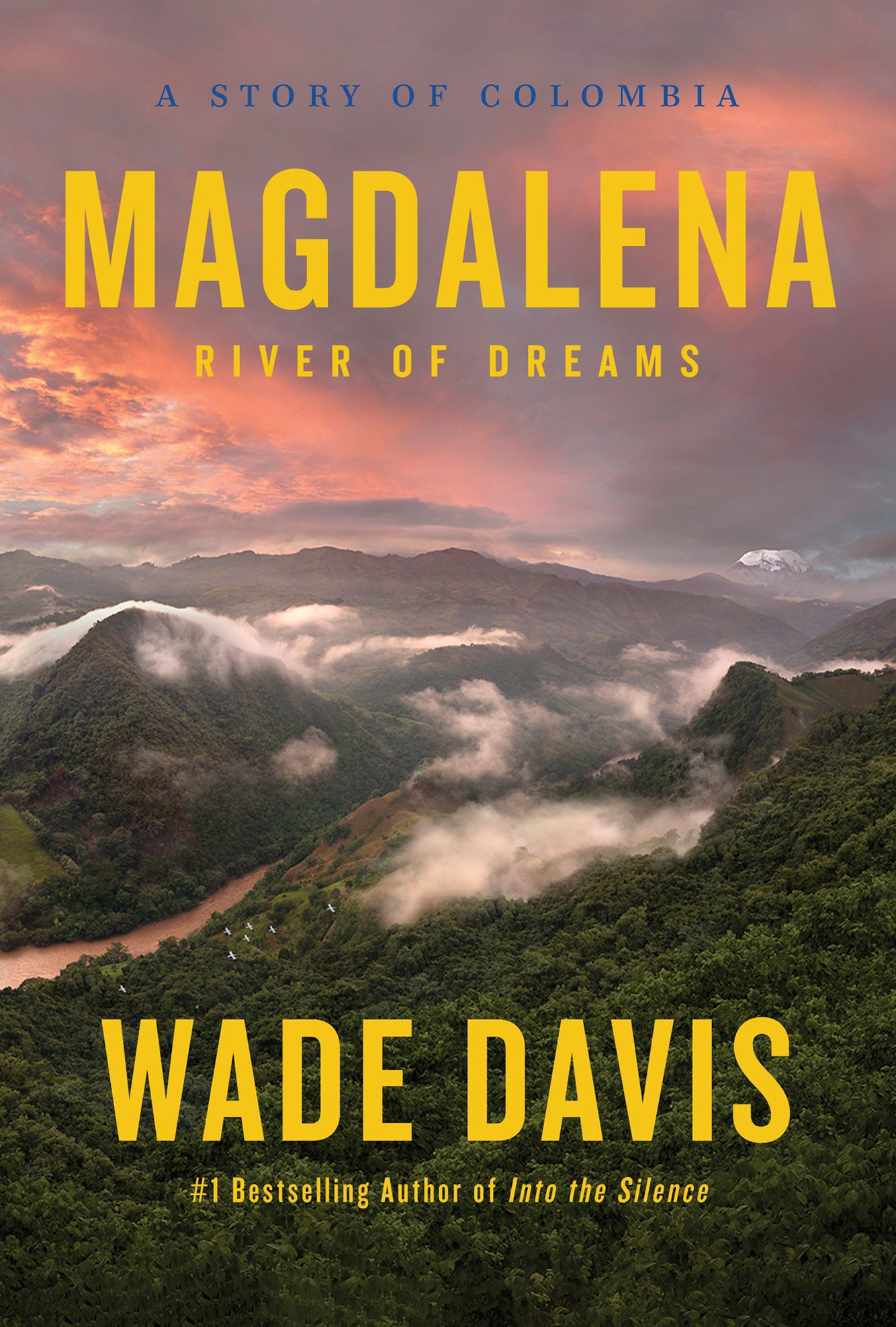 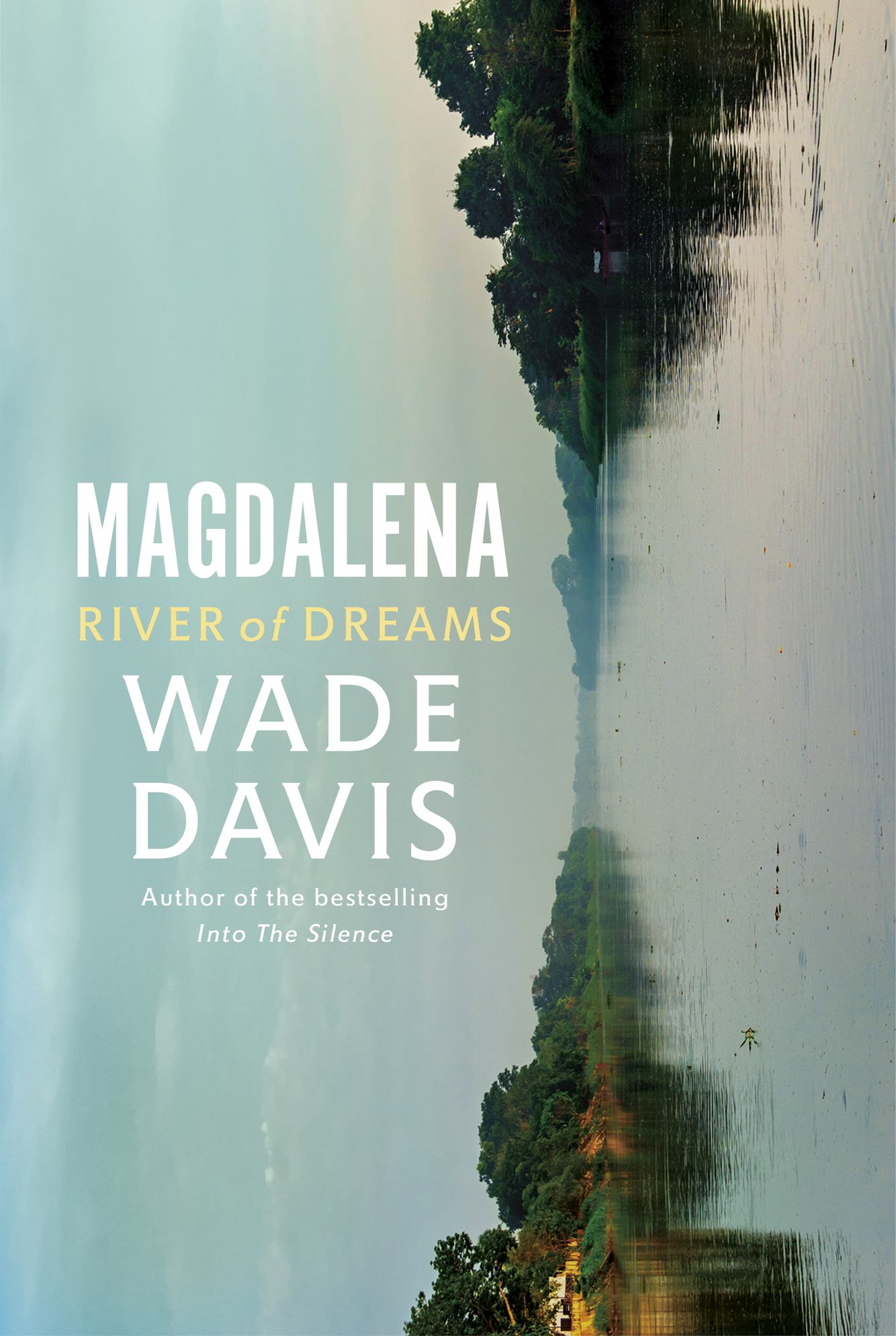 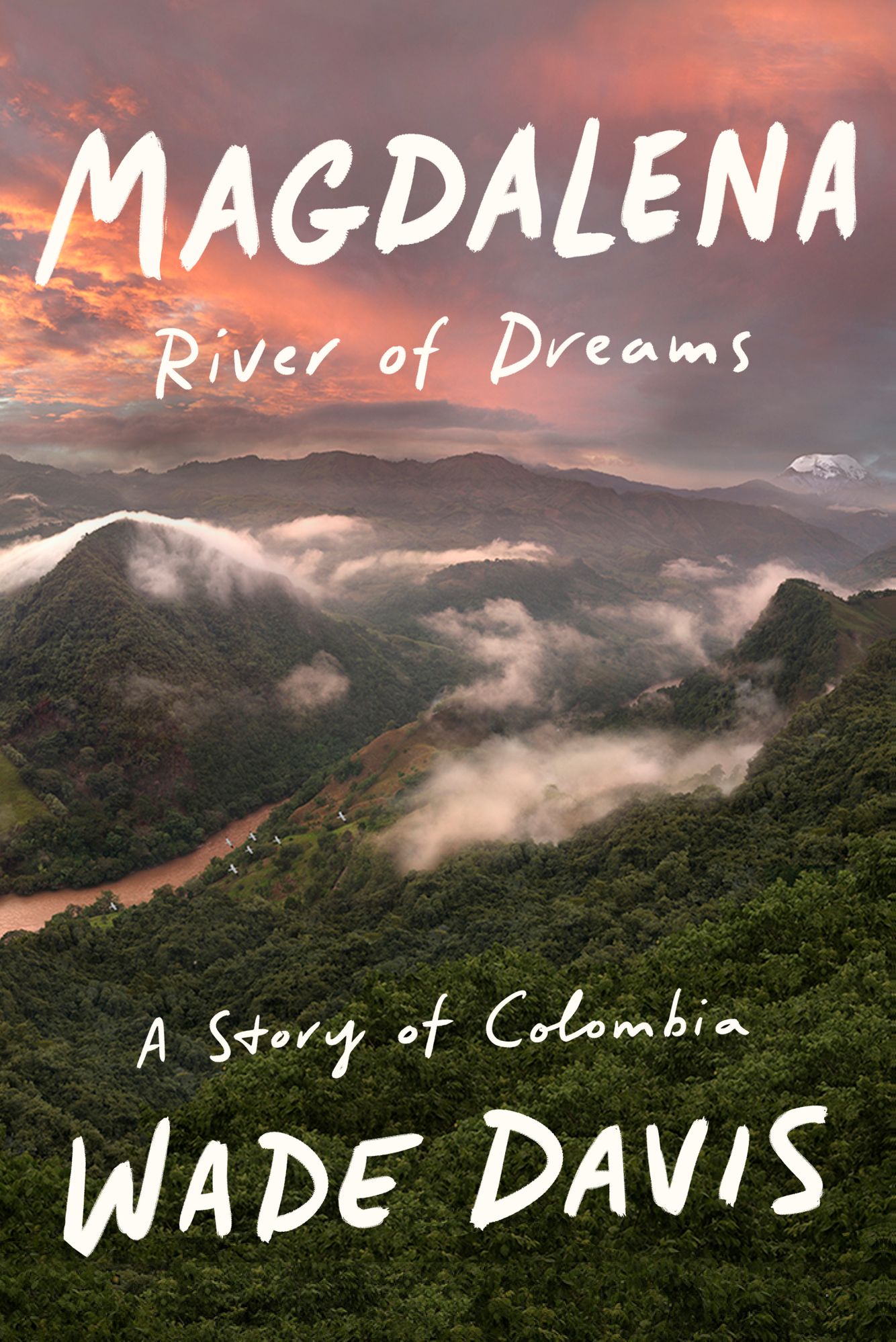 About Magdalena, River of Dreams

Travelers often become enchanted with the first country that captures their hearts and gives them license to be free. For Wade Davis, it was Colombia. Now in a masterful new book, the bestselling author tells of his travels on the mighty Magdalena, the river that made possible the nation. Both a corridor of commerce and a fountain of culture, the wellspring of Colombian music, literature, poetry and prayer, the Magdalena has served in dark times as the graveyard of the nation. And yet, always, it returns as a river of life. The Magdalena is the story of Colombia.

And that story today tells of a people who have overcome years of conflict precisely because of their character, which is informed by an enduring spirit of place, a deep love of a land that is home to the greatest ecological and geographical diversity on the planet. Only in Colombia can a traveler wash ashore in a coastal desert, follow waterways through wetlands as wide as the sky, ascend narrow tracks through dense tropical forests, and reach in a week Andean valleys as gently verdant as the softest of temperate landscapes. Cities as cultured as any in the Americas were for most of their history linked one to another by trails traveled only by mules. Over time, the wild and impossible geography found its perfect coefficient in the topography of the Colombian spirit: restive, potent, at times placid and calm, in moments tortured and twisted. Magic becomes the antidote to fear and uncertainty. Reality comes into focus through the lens of the phantasmagoric. Magical realism, celebrated as Colombia’s gift to Latin American literature, is within the country simply journalism. Gabriel García Márquez wrote of what he saw. He was an observer, a practicing journalist for most of his life, who just happened to live in a land where heaven and earth converge on a regular basis to reveal glimpses of the divine.