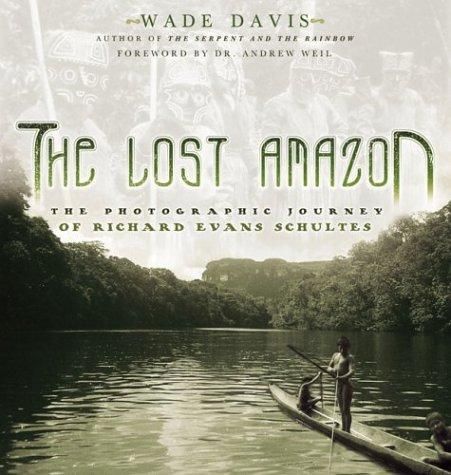 In 1941 Richard Evans Schultes took a term's leave of absence from Harvard University and disappeared into the north west Amazon of Colombia. Twelve years later, he returned having gone places no outsider had ever been, mapping uncharted rivers and living among two dozen Indian tribes while collecting some thirty thousand botanical specimens, including two thousand novel medicinal plants and three hundred species new to science. The greatest Amazonian botanical explorer of the twentieth century, Schultes was not only a living link to the great naturalists of the Victorian age, but the world authority on toxic, medicinal and hallucinogenic plants. The Lost Amazon is the first major publication to examine Richard Evans Schultes's work through his photographs. Over the course of two decades, he took more than ten thousand images of plants, of landscapes, and of the indigenous peoples with whom he lived. Among his collection are images of teonanacatl, the sacred hallucinogenic mushrooms knows to the Aztecs as Flesh of the Gods, and whose identification sparked the psychdelic era. There are also photographs from the heart of the rain forest, a mantle of green that once stretched across the entire continent. Most importantly, there are portraits of many people never before photographed, lovingly and respectfully captured in moments of unguarded innocence that reflect his deep relationships with the native peoples.